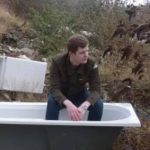 Most Rewarding Aspect of being on the Stu Brew Committee:

Seeing the beer around the different pubs in the city and getting awards for our work in multiple areas.

Why did you get involved with Stu Brew?

I love beer and the northern craft brewery scene has grown beyond everyone's wildest imagination. When I first heard of this society, I knew that I had a keen interest and wanted to make sure that the project was a success.